“There must have been a pride of self that nourished itself to the point of self-deception, so that Lucifer for a time really persuaded himself that his contemplation of rebellion was actually for the good of the system, if not of the universe. By the time his plans had developed to the point of disillusionment, no doubt he had gone too far for his original and mischief-making pride to permit him to stop.”[UB 53:2:5 ]

“Of all the dangers which beset man’s mortal nature and jeopardize his spiritual integrity, pride is the greatest.” [UB 1223:01]

Thought Adjuster: “Pride was the decisive factor of the Lucifer rebellion; as well, it was used as a lure to entice many to stray away from their inner calling to higher service. Pride is associated with many base tendencies to which it appeals through flattery and adulation. It is the reason why those who are ‘famous’ are at high risk of becoming ‘wrapped up in themselves’ and developing a disproportionate sense of self-importance.

“During His earthly life, Jesus remained vigilant as far as pride was concerned. Whenever His disciples or followers wanted to glorify Him, He immediately turned down this type of worship, forwarding all due credit to His Maker.

“Sadly, the momentum of the Lucifer Rebellion that took place over 200,000 years ago has been perpetuated through its telltale elements of pride and self-admiration. It led many to consider themselves as an elite, lording their inflated egos over the ‘common folks.’

“God’s Will is all about unification and integration. It stands in stark contrast with the agenda of separation promoted by Lucifer and His followers. Pride has many facets: vanity; a high or inordinate opinion of one’s dignity; importance; merit, or superiority.  It has caused the downfall of many—and still does. Beware of flattery, as it exposes you to the virus of pride.” 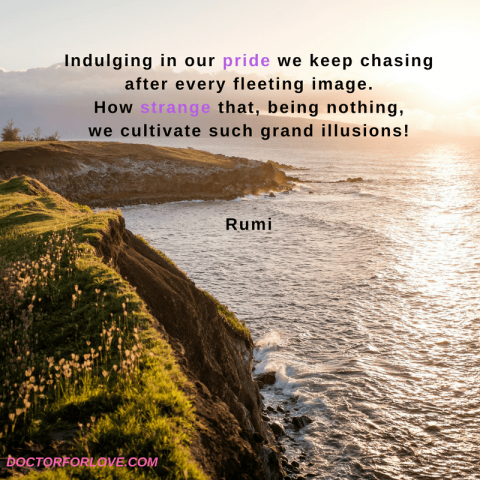