“To a child, happiness is the satisfaction of immediate pleasure craving.  The adult is willing to sow seeds of self-denial in order to reap subsequent harvests of augmented happiness.”  [UB 1573:09]

Thought Adjuster: “Children are planetary newcomers, and they spend their infancy getting in touch with their environment—including their physical body that serves as a petri dish for their emerging soul. Initially, their successful orientation in their new surroundings is a priority—just as it is for the animal kingdom.

“After shadowing their offspring in their exploration of the material world, the time comes for the parents to introduce them to the more intangible components of their human existence. They teach them to discern between right and wrong; they provide them with an education that stimulates their intelligence and independent thinking. They wisely steer them toward selfhood and adulthood.

“In the course of this extensive curriculum, the child learns to yield the fruits of Spirit. The acquirement of patience requires the passing of time on the evolutionary worlds of time and space. The delays between the expression of a desire and its satisfaction make it even more rewarding.

“You do not earn a Ph.D. overnight; neither do you reach financial sustainability. It requires hard work and sacrifice on your part. Dedicated students carefully chart their time, foregoing recreational opportunities to meet the deadlines of their studies.

“By ‘sowing the seeds of self-denial,’ inner growth occurs—be it on an intellectual, emotional, or spiritual plane. Incrementally but inevitably, a new world of greater opportunities opens up to the emerging adult. When acted upon, they shape a well-rounded persona. By meeting the many demands of adulthood, a strong spiritual foundation is laid that will serve as the launching pad toward the hereafter. As well, righteous pride in personal achievements is one of the many rewards of such a mature and productive way of life.” 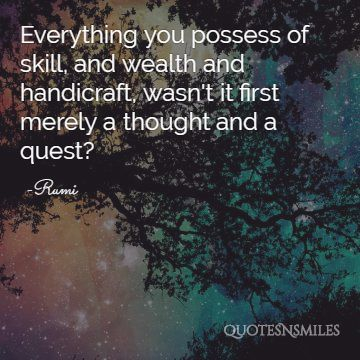