Thought Adjuster: “By your own self-realization, you contribute to the Self-Realization of the First Source and Center.  It is an exciting thought that deserves to be investigated.

“The Father fragments His Infinite Personality to bestow various combinations of His Divine Attributes to His children of time and space—and other orders of creatures.  He also fragments His Pre-personal Existential Nature in the form of Divine Sparks that come and indwell His normal-minded human offspring.

“Doesn’t He then have a vested interest in your self-realization?  When you self-realize, He Self-Realizes as well.  You have been endowed with the makings of a godlike personality.  Strive to express it in its fullness as Jesus did while living on Earth as the glorified Son of Man!

“As He gradually polished all the precious facets of His human persona, He increasingly got in touch with His divinity—thus reaching full compatibility with His Divine Indweller.

“That glorious moment in time and space when the free will of a mortal creature wholeheartedly espouses the Informed Vision of the Creator for his or her life is the point of fusion between them.  It is when the Divine Fragment becomes fully integrated into your being, and the Father overrules your mortality with His Immortality!  You can look at it metaphorically as the Divine Hand fitting snuggly within the glove of your unique personality—you both self-realize as the one being you were meant to become from the moment of your conception—a miraculous conception, indeed.

“This momentous event grants the Divine unprecedented freedom of movement through your human vehicle and within your areas of influence.  Vice-versa, you benefit from the Enlightened Vision of your full-fledged Life Partner, thus becoming complete.” 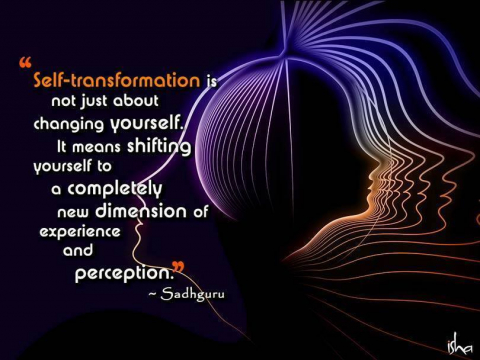